If you're like me, you HATE the traditional three-man weave drill because players don't take it serious, players make bad passes, players travel during the drill and players shoot uncontested lay-ups (which rarely happens in games).

Here's two great variations of the three-man weave that are actually game-like and will get your players better!

For 50 of my best competitive team drills, get a copy of my Team Toughness Drill Book at tinyurl.com/ToughnessBook 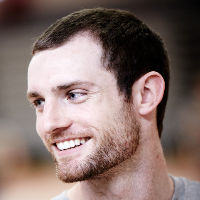